In July, wildfire smoke hung over St. Mary Lake in Glacier National Park in Montana. The haze muted the bright views that amateur photographer Heather Duchow remembered from her honeymoon 20 years ago.

Climate change already is making wildfires, hurricanes, heat waves and droughts more frequent and intense. The devastating effects are in the headlines regularly.

For Maryland graduate student A. Carey, 24, summer means traveling to the Bahamas for Emancipation Day, which was commemorated this year on Aug, 2. The holiday celebrates the end of slavery and includes music, dancing and a parade.

“You just hear this thumping drumbeat, like a heartbeat, coming out of the distance and you hear this gradual brass swelling,” says Carey, remembering parades from a lifetime of visiting the island Eleuthera to see family.

People in the Bahamas celebrate Emancipation Day in 2013, in video from the Broadcasting Corporation of The Bahamas. Thanks to climate change, some visits to the country have to planned around the weather as well as holidays.

Carey says saving for and planning this trip each summer is a tradition that’s changing.

“I have to be a lot more aware about when I travel,” Carey says. “I have to think about trip insurance. What’s my Plan B, Plan C of returning to the U.S. if it is hit by a hurricane?”

And Carey notices that there’s a lot more talk in the Bahamas about rising water levels and what that will mean for the future.

“The smell of the dead fish is very strong”

In Tampa, Fla., Sara Brogan says summers are getting hotter. Going to the beach to cool off is a decades-long tradition for her family.

“We’ve been to the beach once this summer,” Brogan says.

That’s because of “red tide.” These algae blooms are increasing, likely because of human pollution and rising temperatures. They produce toxins that kill sea life, which is why Brogan is staying away from the beach.

“The smell of the dead fish is very strong,” she says.

Thousands of dead fish float in the Boca Ciega Bay near the mouth of Madeira Beach on July 21 in Madeira Beach, Fla. Red tide, which is formed by a type of bacteria, has killed several tons of marine life in Florida so far this year. 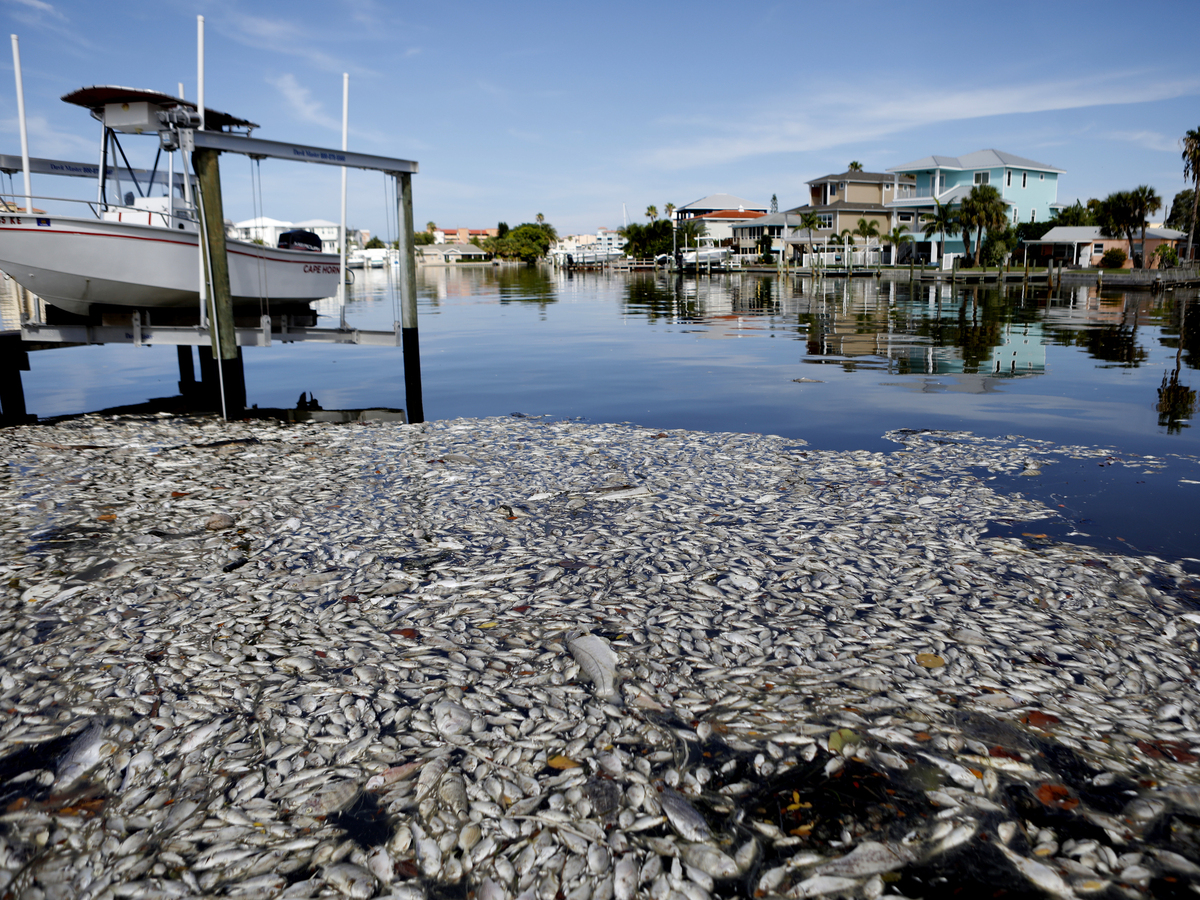 Thousands of dead fish float in the Boca Ciega Bay near the mouth of Madeira Beach on July 21 in Madeira Beach, Fla. Red tide, which is formed by a type of bacteria, has killed several tons of marine life in Florida so far this year.

Health officials say people with breathing problems like asthma should stay clear of red tide areas. Brogran, a registered nurse, 45, says her family doesn’t have chronic breathing issues, but being in the red tide areas is still uncomfortable.

“For us, it would be like just a tickle in the throat or, all of the sudden, you are having to clear your throat more or you cough a little bit,” she says.

Brogan canceled plans to rent a pontoon boat for Father’s Day to go fishing. But she still hopes to get to the beach before hurricane season gets intense.

Farther north on Cape Cod, freshwater ponds also are getting more toxic algal blooms and officials have closed some areas to swimming.

On the West Coast, Valerie Christensen, 62, says a heat wave interrupted her plans to compete in summer dog shows. She lives on Bainbridge Island in Washington state. Her show dog is a border terrier named Henry.

Valerie Christensen declined to compete in one dog show this June because it was nearly 114 degrees outside. In late July in Sequim, Wash., Henry the border terrier did make an appearance at the cooler Hurricane Ridge dog show.

She canceled plans to attend the Clackamas Kennel Club show in Oregon in June because it was a record 113.7 degrees. Now she’s looking for summer shows in cooler locations and away from wildfire smoke.

Wildfires can change the view

Heather Duchow, 47, and her husband celebrated their 20th anniversary last month in Montana’s Glacier National Park, where they had honeymooned. She’s an amateur photographer and likes to capture the awe-inspiring views.

“When we got there it was very smoky and it was disappointing. You can’t see the distant vistas that the park is known for,” she says. “Everything that should have been green and white and blue was very orange and brown.”

Duchow says that for future anniversaries, the couple may go earlier in the summer, hoping to avoid the worst of fire season.

“There are clearly much worse outcomes of wildfire,” she says. “We feel for those who have lost homes or loved ones due to climate events like fire or flooding.”

Still how Duchow, and everyone else, navigates a warming world is changing. And people are figuring out how to adapt.

No comments to show.

You may have missed